Skip to content
Hello all! July is now officially in the win column, and with a little icing on the top as well. I didn’t have quite as much going on in July, but was still busy. I’m a firm believer that anyone can find time for writing if you are willing to sacrifice and prioritize. I have to stay up later and forgo other entertainment such as playing video games, but it is all very worth it. Good luck with your own writing endeavors.
Writing Progress:
Words for July: 53,432 (106.8%)
Words for 2012: 353,439 (70.6%)
Writing Update:
I’m just waiting for my final edit on the second Canticle Kingdom book, and am editing the third Last Archangel and Canticle Kingdom books. I finished my first “The Last Archangel” serial for BigWorldNetwork.com, which is going to be called “Age of Archangels” Like my Canticle serials, these serials, of which I am planning eight, will tell Xandir’s backstory over the centuries. Progress on “Elected” is going forward very well, and I’ve been working on many articles for websites and such.
One of these websites is called GospelIdeals.org and deals with informing people about the Church of Jesus Christ of Latter-day Saints of which I am a member. I think this is an especially important endeavor as there are many false conceptions out there these days.  You can read some of my work here:
http://www.gospelideals.org/apostles
http://www.gospelideals.org/life-after-death
Anthology Update:
I should be getting the first draft of the Christmas anthology in a few days. The cover and the back cover copy are all ready to go and just about everything is in place. I’m very excited to get the work out about it. I’m going to need people to review ARC copies soon, so shoot me an email if you are interested.  Without further ado, the cover: 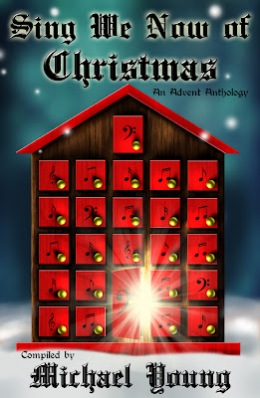 (Many thanks to artist James Curwen for donating his services to make this cover. I would recommend his services anytime. You can find him at: http://jamesecurwen.blogspot.com/)
Canticle of Twilight
The last season of what I’m calling “The Canticle Prelude” is going on right now with new episodes every Monday. Even though it has the word “Twilight” in the title, I promise, it has nothing to do with sparkly vampires.  Instead, it is a story that tells about what happened in the Kingdom right before the events of the first book. Check it out at:


Til next time, live bravely and write well!

2 thoughts on “Say Hello to August”