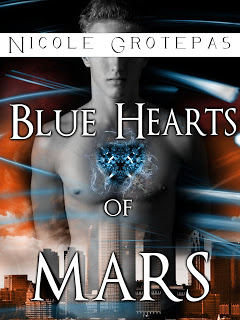 
Retta Heikkinen knows the unspoken rule of society: love between androids and humans is forbidden. A simple enough edict until Hemingway Koskinen spends an evening charming her with his intense gaze, bewitching smile, and sparkling conversation that hints at so much more than the usual obsessions of high school boys. Rules were meant to be cast aside, especially when love beckons.

If only it were as simple as being in love.

Trouble is brewing, not just for Hemingway–for all androids. Secrets have been kept, lies propagated, and Retta soon discovers that a frightening future awaits thousands of androids if she doesn’t do something to stop it. Worse yet, she will lose the one love she’s ever endangered herself for: Hemingway.

“Nothing like I’ve read before. A true original story! Everything is so well described. Now if they could make a follow up book and movie, that would be great!” ~Mrs. Z (Amazon)

“I was addicted to this book from the beginning. Life on Mars was very real and not at all a sci fi world I didn’t understand . . . I found myself rooting for Retta and Hemingway from the very beginning. Easy reading, couldn’t put it down and had it read in a weekend. Waiting for a sequel!” ~TNielsen (Amazon)

“The ending of this book is exceptional. While it was different from what I imagined, the way the author brought in a shocking revelation was amazing. I probably reread the last chapter 3 times letting it sink in and the meaning behind it. It was truly beautiful . . . I would love to see more of Retta and Hemingway!” ~Kat Meyer, (Goodreads)

“I love how the author populated Mars . . . so descriptive and comprehensive . . . I could clearly picture everything as if I was seeing the movie &/or was along for the ride. . . . Retta, the main character, is strong, opinionated, and a great champion for her cause.” ~Megan (Amazon)

“I had been in the worst reading slump ever and came across this on Goodreads and thought I’d give it a try. Well, I was pleasantly surprised on how funny and exciting and mysterious it was . . . Mei, Retta’s bff, had me laughing out loud quite a bit as well as Retta herself. I’d definitely hang out with those two.” ~Deanneluvbooks (Goodreads) 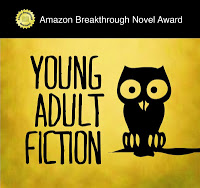 Blue Hearts of Mars has made it to the quarterfinals of the Amazon Breakthrough Novel Award.

Readers are invited to download the excerpts (here) and rate and comment on the entries. So please, if you want to contribute, download and rate Blue Hearts! Your support is incredibly appreciated!

Or purchase the full version of the book here: Amazon 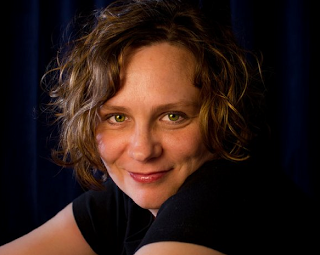 Nicole wrote her first fantasy novel in 7th grade on her mother’s old Brother typewriter. It was never finished but it strongly resembled a Dragonlance plot and she’s forever wondered what happened to the manuscript and Tonathan–the handsome elven protagonist. After living in Nashville where she worked as an editor, she returned to the Utah desert where she was raised. Nicole now lives near the Wasatch mountains with her husband. She writes and raises her son and three cats full time.

Open only to those who can legally enter, receive and use an Amazon.com Gift Code or Paypal Cash. Winning Entry will be verified prior to prize being awarded. No purchase necessary. You must be 18 or older to enter or have your parent enter for you. The winner will be chosen by rafflecopter and announced here as well as emailed and will have 48 hours to respond or a new winner will be chosen. This giveaway is in no way associated with Facebook, Twitter, Rafflecopter or any other entity unless otherwise specified. The number of eligible entries received determines the odds of winning. Giveaway was organized by Kathy from I Am A Reader, Not A Writer http://iamareader.com and sponsored by the author. VOID WHERE PROHIBITED BY LAW.